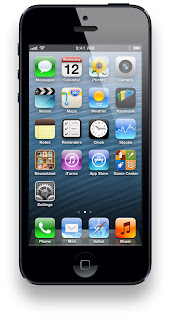 I am a convicted gadget enthusiast :) I have been using electronic gadgets since I started earning money. It started with a small 64 K Casio Digital Diary way back in 1996 and the journey is still on. I get amazed by the innovation happening around and so many interesting and fantastic gadgets showing up in the market to make life easier.


I hooked up to mobile phones in early 2000. I bought my first Panasonic Mobile Handset in year 2000. Flaunting mobile phone was a kind of style those days. Later I shifted to Nokia and stayed with Nokia till late 2006. I shifted to Blackberry and started using Blackberry for their push e Mail service (At that point in time Push e Mail was a kind of unique thing and it was available only with Blackberry in India) I used a couple of Blackberry handset also used Palm Trio in the meanwhile then again shifted to Nokia E71. I still feel that E71 was the best smartphone available during that time and I think Nokia was so busy celebrating their success in that segment they almost ignored the entry of another giant who swiftly taken over the smartphone market i.e. Apple IPhone.


First I saw an IPhone in 2009 when one of my relative bought 2G IPhone and came to my place for a night stay. He was so engrossed in that phone that night and we could hardly talk to each other. He was explaining the simplicity of the phone and how 'it just works', the bug hit me the same night and I got Apple infected till today and infection spread to an Ipad and also a Mac Book Air :)

I found few things about any Apple products which make them unique and addictive. Lets review each of them one by one. 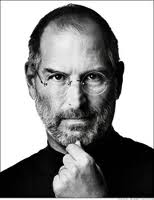 Charisma of Steve Jobs:You love him or hate him but you just can't ignore him. Its still a mystery for me and I still could not find the answer whether I love Steve or Apple. When I started watching his product launches and WWDC gala shows, I liked the passion and energy in his presentations. He use to make people feel at loss if they don't buy the product he was launching. At times there use to be hardly any innovation (In the case of iPhone 4S) but still people loved him and his products.

Apple product just works !!! : I am using mobile phones since almost a decade now and in most of the cases all these different handsets I used in the past use to freeze or get hung in between like they have become brain dead :) the only remedy to resurrect them is pull the battery out and restart the phone. in iPhone you can't open the back cover and you can't resurrect the handset to restart :) so when I bought my first iPhone I was wondering how I will be able to restart the phone if it freezes or gets hung now I can tell you after using iPhone for last three years it never ever got hung. The same applies to my MackBook Air and my iPad. Both the devices never stopped working since I had bought them. I still remember those days when half of my productive time used to get wasted in restarting windows and troubleshooting the problems related to OS or applications. 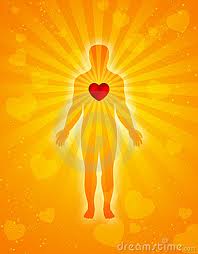 Perfect blend of a body with the soul: As you are aware Apple writes software for all its products and also design/decide hardware specifications of all its products. It gives Apple an edge over other companies as no other company on this earth does this :) Microsoft just writes Operating Software (Windows) which runs on the computer hardware designed and manufactured by Sony/ HP/ Dell. The same is the case with the much debated battle of IOS X Android. Apple designed iPhone/iPad/iPod specs and have also created IOS to run on these devices and therefore its a perfect blend of a healthy body and enlightened soul. If you truly experience the ease of the capacitive touch on any Apple IOS device you can feel the difference from the experience you get from Android platform.

The Complete Eco System: Apple grew exponentially after they created an Eco System around their products. iTunes changed the whole paradigm of listening and carrying music. App Store and almost six million applications created by thousands of developers truly unleashed the power of smartphones and made many things possible which people used to do by going online. Other players could not match up with the pace of Apple though today we have proliferation of stores (Google Play, Blackberry Store, Symbian Market and Windows Marketplace) App store still is a market leader with maximum number of apps and downloads.

As mentioned earlier I have used many phones and platforms before (Symbian, Palm, Blackberry, Android yet to try Windows though) all these proved to be passing affairs or one night stand :) my marriage with Apple is stable.